We're likely to see the low block again at some point in this game. Southampton are a direct team, and if we go an early goal ahead, we might drop back and try to hit them on the break. They also cross a lot, so essentially we'll be trying to eliminate Lambert from the game, and if we can do that, we should help ourselves in obtaining a clean sheet. Prowse is the player to watch, in terms of the delivery, while Lallana and Osvaldo will be dangerous too.

As for Liverpool, question marks will hover over the two centre-back positions and the Number 10 role. Given Southampton's ability and willingness to press from their attacking midfield three, it's possible that Toure will replace Skrtel for this game, as Skrtel will no doubt be targeted in possession if he plays:

This pressing game will surely be on Rodgers' mind going into Saturday, and for that reason, it's possible that Toure will replace Skrtel in order to be able to handle the Southampton pressure better. Having Toure and Sakho (if Agger is still injured) will also help with dealing with Lambert, as neither are likely to be outmuscled by the Saints frontman.

The formation is likely to be the same 4-2-3-1, and Moses should keep his place, especially in the absence of Coutinho. Without Coutinho, Moses offers us a creative option in terms of winning 1v1's, and also in terms of ball retention. He won't play centrally, most likely, but his presence on the field will keep Southampton's defence honest, and will give them a secondary threat after Sturridge. The question then becomes where a third threat comes from, because two threats are relatively easy to deal with. So much might depend on who  plays in the Number 10 position, and who plays on the right. Going by the U21's game, Alberto and Sterling should be in contention for a starting spot, although Henderson hasn't done anything to merit being dropped. This is a game for quick counter-attacks, though, and timed passes for timed runs, and for that idea to take shape, Alberto is the most logical player for that spot behind Sturridge. The only other question then is who plays on the right - Aspas or Sterling or Henderson in midfield, and Toure, Wisdom or Kelly in the back? Given that Prowse on their right is the main man for delivery, and given that they get the majority of their shots centre-left, it's important to put a good marker there who can track his man, and for that reason, we might see Kelly there rather than Wisdom. If Wisdom plays there, expect some tense moments from Southampton's crosses, and at least one instance where Wisdom loses his man at the back post. A possible line-up could be:

The key match-ups in this game will most likely be:

1) Toure/Skrtel vs. Lambert - Southampton haven't scored in the league from open play this season, so if the defenders can keep Lambert quiet, then there is every chance we'll get another clean sheet.

2) "Number 10" vs. Schneiderlin/Wanyama - if Rodgers plays Aspas behind Sturridge, then Southampton might be able to get a foothold in midfield, and we could be in for an unpleasant afternoon in the middle of the park. Aspas will do the defending job, but the ball might not end up going anywhere useful. If Henderson plays there, it would be better, but we would still play a faster attack than we might need to, and Sturridge might find himself isolated in the attack. If Alberto (or even Allen) gets the nod, then we'll have someone who can put their foot on the ball and allow players to come into position from behind the ball, and this will not only slow down the transitions and kill some Southampton momentum, it will also give us a chance to get numbers into the final third and create better opportunities.

3) Moses vs. Chambers - this could turn out to be the most important area of the field. If we can get the ball to Moses and he has the beating of his man, then Southampton will have to either shift Fonte across to double up from that side - which creates space for Sturridge/Number 10 - or, they will have to get Prowse to double-back, which both creates space for Enrique to play direct to Sturridge, and also gets Prowse further away from Lambert, which will starve him of a service. With Coutinho gone, Moses might become the most important player in this game, and you'd have to hope that Rodgers plays him from the beginning.

With Lambert and Prowse in attack, as well as the size of Lovren, Fonte and Wanayama, it will be imperative that the players defend corners and set-pieces with increased vigilance and tight marking. Headed clearances will have to be a lot better than they have been, and if we are to concede, it's likely that it will come from an early free kick into the box that is not dealt with properly, either on the first or the second ball.

Overall, though, this should be a winnable game, and should, if we get our preparation right, be relatively comfortable, as long as the make-up of the midfield is right, and as long as we get a good service to Moses on the left. 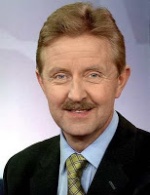 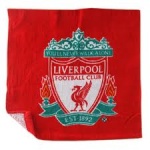 Besviken kan man säga..Orkar inte ens såga folk.
Ett kraaa får matchen
_________________
Friendship is like peeing on yourself: everyone can see it, but only you get the warm feeling that it brings.